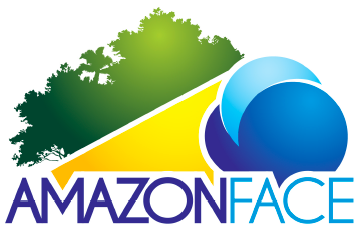 Computational models of the Amazon ecosystem predict that future increase in temperature and changes in rainfall may drive catastrophic shifts in the world’s largest tropical forest, with losses of biomass, biodiversity and potential replacement of the forest vegetation by a savanna-like vegetation. Furthermore, recent observational studies provide evidence that the dynamics of the Amazon rainforest are changing, so that the forest may not be a carbon sink anymore but rather a carbon source to the atmosphere. The complex interactions between the effects of climate change, elevated CO2 and deforestation threaten the future of the forest.

The loss of the forest would be a change of enormous consequences, affecting not only South-American climate, water availability, and the sustainable development of the Amazon region, but also global climate and ecosystem services delivered by the forest.

View from the center meteorological tower in one of the AmazonFACE pilot plots. 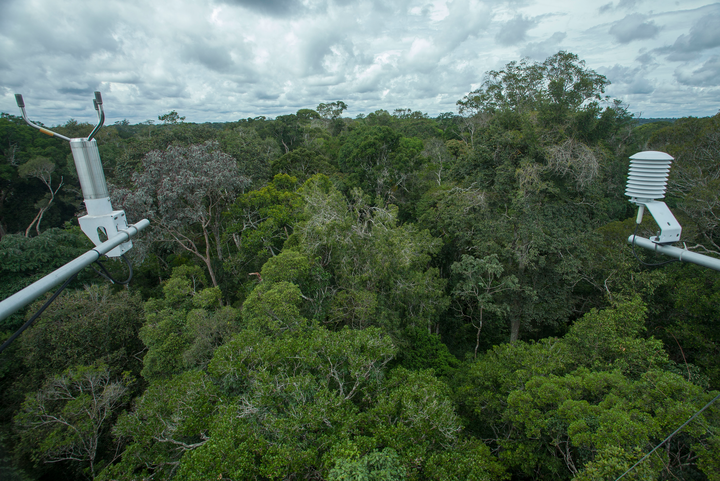 However, Earth system models have also demonstrated that the beneficial effects of rising atmospheric CO2 levels may allow rainforests to resist some of the adverse effects of climate change making the future of Amazonian forest especially uncertain. Feedbacks of nutrient limitations and droughts are critical to predict the consequences of climate change on the Amazon forest. The AmazonFACE research program is directed toward resolving this key source of uncertainty: the potential for rising atmospheric CO2 concentrations to buffer tropical forests and the ecosystem services they provide against the deleterious effects of climate change by stimulating forest growth and resilience to drought. The central pivot of the project is the planning, implementation and execution of a free-air CO2 enrichment (FACE) experiment of unprecedented scope and importance in a forest located 70 km north of Manaus, Brazil. The outcomes of this endeavor will provide invaluable information necessary to better understand the socio-economic impacts of a large-scale abrupt loss of the Amazon forest and to prepare corrective and adaptive actions at the local and regional levels.

The field experiment is divided in three phases: phase 1 – pre-experimental ecological characterization of the forest plots; phase 2 – pilot experiment with the construction and operation of two FACE plots, one of them blown with 50% more CO2 and the other blown with ambient air; phase 3 – long-term fully replicated experiment, with the addition of three other pair of FACE plots, totalizing four treatments and four control to be operated during 10 years in order to capture changes in slow-dynamics processes such as carbon storage.

Artwork from Rogerio Lupo on the envisaged 8-plot design of the AmazonFACE project. 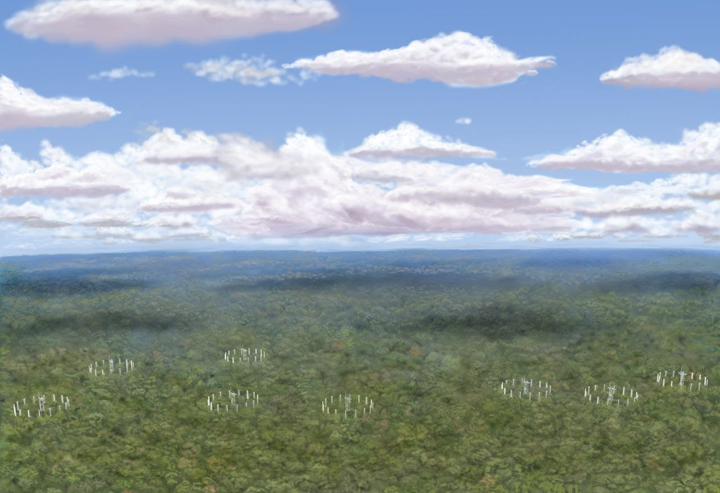 The scientific importance of conducting such an experiment in a tropical forest has been highlighted since the early 1990’s, when the notion of carrying out such endeavor in the Amazon forest also began to be considered. The AmazonFACE materialized during the Rio+20 Summit and during a workshop held at the Inter-American Development Bank (IDB) in 2013 (which was matter of a news story in Nature magazine). In 2014 it became an official R&D program of Brazil’s Ministry of Science, Technology, Innovation and Communications (MCTIC), under the execution of the National Institute for Amazonian Research  (INPA). AmazonFACE is in its pre-experimental phase since 2015 and valuable data from all aspects of ecosystem dyanmics are being gathered. Core financial support was provided through cooperation agreements between MCTIC and the Inter-American Development Bank (IDB), Amazonas Research Foundation (FAPEAM) and the Coordination for the Improvement of Higher Education Personnel (CAPES). Other institutions such as Sao Paulo Research Foundation (FAPESP), National Council for Science (CNPq), USAid, Zürich University for the Arts, the Brazilian Serrapilheira Institute, the German Research foundation (DFG), and National Geographic are funding smaller projects conducted within AmazonFACE. The implementation of an Open Top Chamber (OTC) experiment is being carried out since 2018, founded by the Brazilian Serrapilheira Institute.

AmazonFACE gathers now a community of approximately 130 people among researchers from different disciplines, students, administrators, social scientists and even journalists and artists from about 40 different institutions in Brazil, Europe, USA and Australia. Due to the importance of the questions it explores, the size and quality of the involved community and its interdisciplinary nature, AmazonFACE is being considered as one of the most relevant scientific efforts taking place now in the Amazon region. 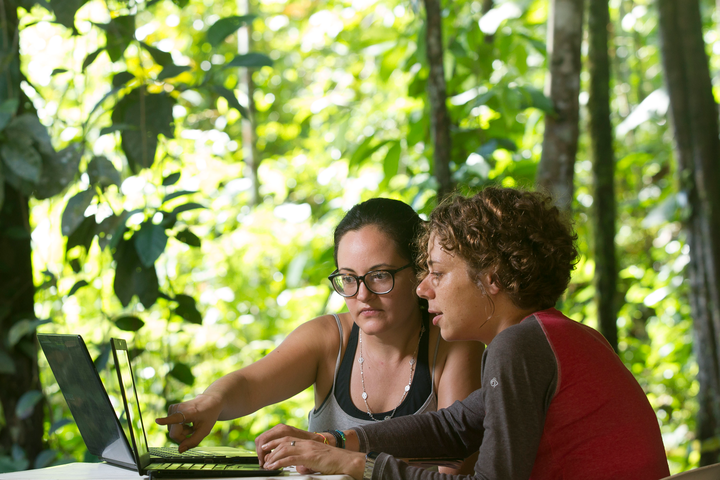 The involvement of the Technical University of Munich is focused on carrying out model simulations and model development that aid the informed experimental design of the project and that generates hypotheses that can directly be tested during the experiment. Prof. Anja Rammig is a PI of the AmazonFACE project, while Katrin Fleischer, Phillip Papastefanou and Tatiana Reichert from the LSAI are all part of the modeling branch of AmazonFACE, which aims to integrate the knowledge we gain from both the experimental and the ecosystem modeling community in order to make more informed decisions for the experiment and maximize the scientific outcome on both fronts.

The various model-related activities of AmazonFACE entail a larger model comparison project with a number of state-of-the art ecosystem models, the development and coupling of models to capture ecosystem functioning of the Amazon, the integration of modelling work into student field course activities, the guided exchange between modelers and experimentalists during workshops, and the work with conceptual models to further explore underlying assumptions in ecosystem models. The model comparison project delivers hypotheses for the CO2 response of the forest that can directly be tested during the experiment. It will further identify key model deficiencies, those combined with experimental data from the AmazonFACE site and others will be used to improve current model representations. Simultaneously, ecosystem models are coupled to atmospheric ones and new strains of ecosystem models are being developed to capture the relevant dynamics of the Amazon, e.g. trait-based models to capture the high biodiversity response, or existing ones are extended to account for the phosphorus cycle (PhosForest).

"The Amazon FACE project: Exploring the impact of climate change on the rainforest" on Youtube: